You’ve got your London holiday apartment ready and waiting, your travel organised, and you’re looking for something to do. Why not spend a day exploring Little Venice? Found just north of Paddington (making for easy access), it’s a beautiful waterside area, of quirky venues, charming entertainment, cafes and bars.

There’s a number of different ways to get to Little Venice, whether it’s a ten-minute walk from Paddington, a five-minute walk from Warwick Avenue, or a little bit longer from Edgware Road, Maida Vale or Royal Oak. Don’t worry, though – despite its central location, it’s still a gem that’ll have you wondering how you so suddenly went from busy city streets to quiet, pretty canals. 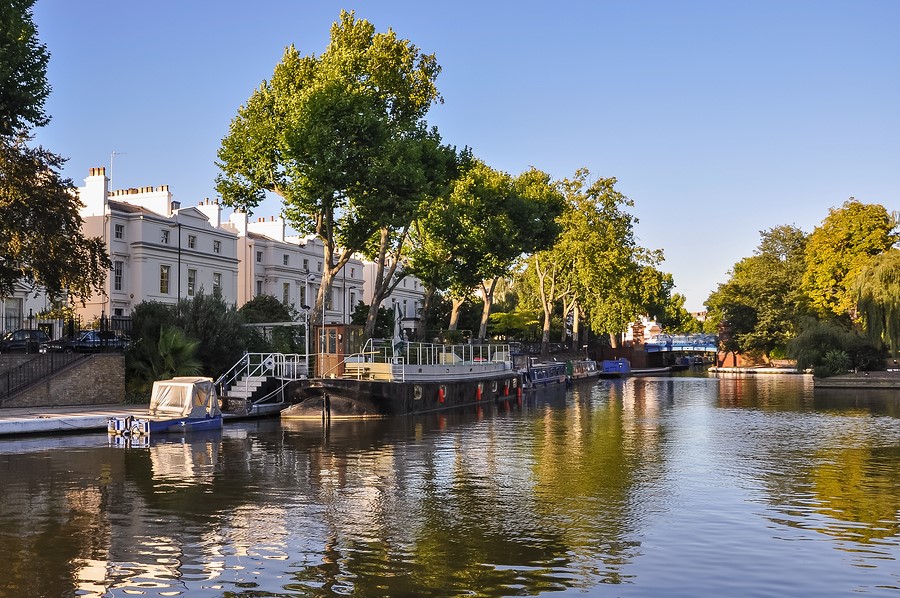 Based around the pool at which the Grant Union Canal, Regent’s Canal and Paddington Basin converge, it’s filled with gorgeous Regency style architecture and greenery. While you’re there, you might wish to take the time to stroll up to Primrose Hill, which is known for enjoying some of the best views of London. If you’re the sort of person who’d prefer a busier day, head to Little Venice early in the morning, and walk along the canal, through Regent’s Park (past London Zoo!) and head to Camden Town in the afternoon. However, we’d recommend taking the time to get to know the area in full – and what better way to do that then to catch a boat with the Regents Canal Waterbus? While there’s no booking required, they are often busy between 11am and 1pm, so try to plan outside of that time.

It’s not just an area for walking and admiring, however – there’s plenty to see and do. If you like the theatre, check out the Canal Cafe Theatre. A small fringe theatre venue that’s been overlooking Regents Canal for almost 40 years , it’s well known for comedy, with Katy’s Brand’s I Was A Teenage Christian showing on the 2nd, and the world’s longest running live comedy show, NewsRevue, throughout May. For something a little quirkier, try the Puppet Theatre Barge, with their shows The Hare and the Tortoise opening on 20th May.

If you’re more of a foodie, there are some brilliant little pubs in the area, like the Bridge House and Warwick Castle. There are also various restaurants, including Feng Shang Princess, a floating Chinese restaurant aboard a beautiful bright red boat, right by Regents Park. We recommend this for an evening meal before heading back to your London holiday apartment, as it is really quite stunning to see lit up at night with its traditional Chinese lanterns.

Whether you spend the day simply wandering around, or take the opportunity to soak in some entertainment, Little Venice is the perfect place to visit in London this summer.