A family trip to London should always involve a trip to the West End to watch one of the many dazzling productions showing in the historic theatres. The sheer amount of choice can be overwhelming, so we’re here to help you decide which one to go for. Here are our top picks for West End musicals showing in London this July that are suitable for families. Don’t forget to make a night of it by booking a nearby London holiday apartment!

Disney's The Lion King showing at the Lyceum Theatre

This multi-award winning production can only be described as truly phenomenal. Originating in Broadway in 1997, the Lion King musical has been delighting audiences in London for the last 18 years. Based on the hit 1994 Disney feature film of the same name, audiences have long marvelled at how the much-loved cartoon has been translated on to the stage. Using masks and puppets, this is one show which will enchant the whole family and have you singing along to original classics such as “Circle of Life” and “Hakuna Matata” along with a few original numbers.

Wicked the Musical showing at the Apollo Victoria Theatre

The magical musical Wicked has been running in London since 2006. Based on one of the most loved stories of all time ‘The Wizard of Oz’, Wicked offers another perspective on the characters of the timeless tale. Packed with gorgeous costumes and plenty of melodious tunes, this musical makes for a truly spellbinding experience for the entire family. With a London holiday apartment or serviced apartment in the centre of London you’ll happily avoid having to rush for the last train after! 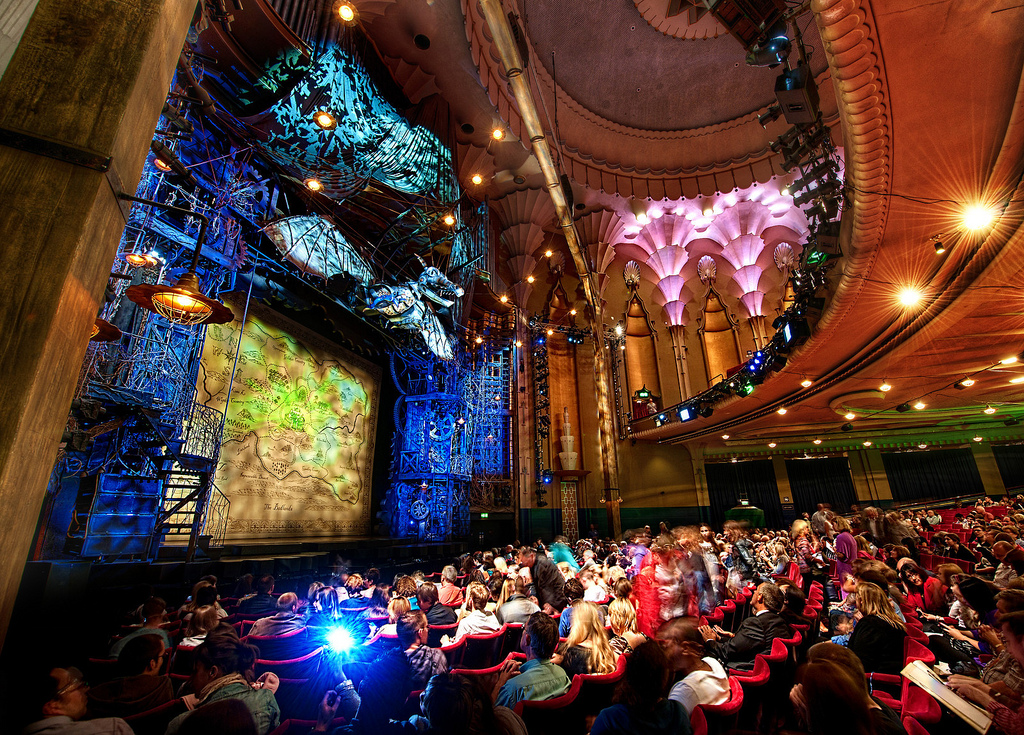 Another Disney musical on the list, but a much more recent addition to the London West End. Aladdin is based on the extremely popular Disney animated feature from 1991. Audiences will be easily drawn into the enchanting world of Agrabah, with an array of dazzling set pieces and gorgeous costumes bringing it to life on stage. The character of the genie in particular will provoke many laughs, as he does in the movie.

Matilda the Musical showing at the Cambridge Theatre

This multi-award winning musical is not one to be missed, especially by fans of the beloved Roald Dahl book upon which it is based. The story of Matilda, a brave and gifted young girl, has gone on to win more than 50 international awards since its opening in 2011. You will find yourself particularly enchanted with the extremely talented young actresses who take on the lead role.

Annie the Musical showing at the Piccadilly Theatre

Featuring the hilarious Miranda Hart as Miss Hannigan, Annie the Musical is based on the famous ‘Little Orphan Annie’ story of the spirited red-headed orphan Annie. This is the most recent addition to our list, having only launched in May 2017.  It has already received a lot of love by audiences and critics alike, with its classic songs such as ‘Tomorrow’ and ‘It’s a Hard Knock Life’.